I Speak of the Pompatus of Love 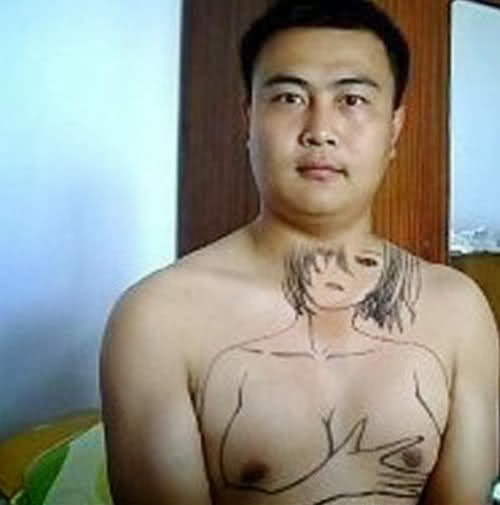 This picture makes my nipples twitch. Is that wrong?

Many researchers believe that mirror neurons are the fundamental physical mechanism underpinning human communication and empathy. In other words, the warp and woof of the fabric of human society.

I believe mirror neurons are the pompatus of love.

a neuron that fires both when an animal acts and when the animal observes the same action performed by another. (wikipedia)

In the early 1990s, Italian researchers made an astonishing and quite unexpected discovery. They had implanted electrodes in the brains of several macaque monkeys to study the animals’ brain activity during different motor actions, including the clutching of food. One day, as a researcher reached for his own food, he noticed neurons begin to fire in the monkeys’ premotor cortex—the same area that showed activity when the animals made a similar hand movement. How could this be happening when the monkeys were sitting still and merely watching him? (BrainFacts.org)


In Plato's Symposium, Aristophanes explains the origins of love,


Humans once had four legs, four arms, two heads, and so on, he says. Some were male, with two sets of male sexual organs; some were females; and some were hermaphrodites, with one set each of male and female sexual organs. We were twice the people we are now, and the gods were jealous, afraid we would overthrow them. Zeus decided to cut us in half to reduce our power, and ever since we have been running all over the earth trying to rejoin with our other half. When we do, we cling to that other half with all our might, and we call this Love. (Spark Notes)

Consider the act of love: two humans in physical embrace, mirror neurons resonating in empathy, a union of mind as well as body. Beautiful, no? Aristophanes was on to something.

I just wish the guy in the picture wasn't looking directly at me.

Mirror neurons may be responsible for our response to Pornography. We respond to seeing as if we were doing.

I've written about how pornography is bad for you. Maybe I was wrong. If pornography lets us share sex experiences through mirror neurons -- is that so bad?

A thought experiment: Imagine a man is entertaining himself with a pornographic movie featuring two actors, a man and a woman,
If the male viewer empathises with the female, mirror neurons resonating in empathy with her, as in real sex, then is it possible that pornography might be ...healthy?

I guess it's more typical for the man's mirror neurons to resonate in empathy with the male in the video.

So maybe the experience of watching an adult video is more like watching a sport. The viewer enjoys the athletic prowess vicariously.

What is the sport? Woman beating, mostly.

Personally, I don't object as long as the act is between consenting animals. But Ana's question opens up a new set of issues, including animal sentience and rights. I won't go down that rabbit hole.

Please share this post. If you comment, I'll reply. Thanks for reading!
If your interests extend to theory and philosophy, please check out my other blog.